This half term we have an autumn /  woodland creatures theme to our French work.
Here are some of the activities each year group is doing... 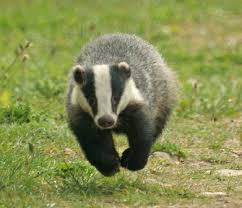 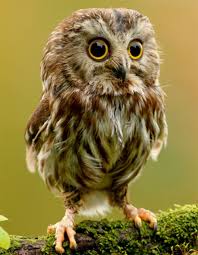 We then practised making some simple sentences matching the creatures and the verbs e.g une chouette vole, un blaireau creuse, etc.  I explained the difference in the verb forms as one was the instruction "fly!" "dig!" and the other was the word 'flies', 'digs' etc. We'll explore this more fully over the coming weeks but as a starting point the children accepted it as the 2 verb forms were different in English.
We will move on to writing simple sentences using this vocabulary and then see if we can work out a pattern for -er verbs (-ez for command, -e for he/she form). I would also like the children to be familiar with the term 'infinitive' and know this is the bit they will find in a dictionary.

We have also done some phonics work, playing the Phoneme-Grapheme Running Game last week and having a go at writing some of the new words using their knowledge of French sound-spelling links.
I decided that these skills would be the most useful thing I could teach Year 6 in preparation for secondary school, rather than lots and lots of vocabulary.
We have also revised word classes (with Catherine Cheater's mimes). I then asked the children to work in groups. Each group had a sheet of paper divided into 4 - nouns, verbs, adjectives and adverbs. They then wrote down as many French words they could think of, under the correct heading. I wanted to see if my prediction was correct and that they would know more nouns than any other word class.....
The results were fascinating...
On the whole most groups, as predicted, had found more nouns than any other word class, although adjectives were a very close second. I also found that if I reminded the children of 'topics' they had studied (such as colours or classroom commands) this affected the results. In one class several groups actually had more verbs than anything else, simply because I had mentioned 'classroom commands'. The one group that was invariable empty was adverbs. I'll use this information to aid my planning and will repeat the exercise later in the year.

We plan to do further work on woodland creatures with the children creating their own mini books on the creature of their choice. For ideas / info on minibooks see Clare Seccombe's blog - Changing Phase (she is the mini book queen!).

Last week, at the end of their first French lesson with me, Yr 5 must have thought I was a bit loopy when I told them they must leave their homework until the very last minute. "At the very earliest, do it the night before", I said, "or better still on the way to school in the morning". Their homework was actually to gather some autumn leaves in as many different colours as possible.
After briefly revising colours we have started to describe our leaves. We had a choice of sentence opener - either "voici" or "j'ai", both very useful phrases and ones which they need to know. I gave them an example and then drew their attention to the way I had pronounced the word for green and wrote it on the board - "verte". I asked them why I had added the extra e and then they made my day when they said "because it is describing a feminine noun". :-)
The children then worked in groups, presenting and describing their leaves to each other. They had really tried to find leaves that had more than one colour in them so they could use the connective "et" e.g. "voici une feuille rouge et jaune". 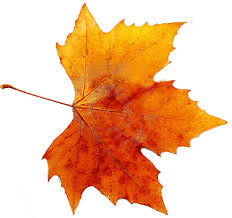 We then moved on to forming sentences in written form. I gave out large word cards (A4) randomly around the class, including some 'red herrings'. I then said a sentence and all the children who had a word in that sentence came out to the front to form a 'human sentence'. The first sentence was "Voici une petite feuille verte." We had some duplicates as some of the children with the 'red herrings' had also come out - such as "un", "petit" and "vert". It was fascinating to listen to some of the children discussing which word was correct, hearing the boy with the "verte" card telling the girl with the "vert" card to sit back down. We then discussed the different versions as a class and noticed the word order. We noticed that we couldn't translate the sentence straight into English but needed to change the word order. We also learnt that most adjectives, in French, go after the noun, except petit and grand.
Next the children are going to write their own sentences to describe their leaves and illustrate them.
We'll then work towards a structured poem about Autumn leaves.... watch this space!
Year 4
I discovered that Y4 didn't know many colours so that has been the focus of our 2 lessons so far. We have played the 'Repetition Memory Game'. I put a sequence of coloured cards up on the board and, as a class, we repeated them. One by one I removed the cards. The children had to remember which colour card had been where. This activity involves a lot of repetition but the children think it is a memory test and love it. The best bit is that afterwards you can use it to play a trick on another member of staff.
Once the colour cards have all been removed, make sure the children can remember where they all were by pointing to different parts of the board and asking them what colour it is. Next, invite another member of staff into the room and ask them to have a good look at the board and tell you what colours they can see. You can expect them to look bemused as they stare at a blank, white board. You can then insist that there are colours there and that everyone else in the class can see them. Point to a certain part of the board and the children will say the colour that they can "see". They love this game!!
Next week we'll be doing a multi-sensory blindfold activity to practise colours. More to follow...
Year 3
We haven't done very much work on an autumnal theme yet as I thought greeting each other might be more important first and prioritised "bonjour" over "blaireau". However, we have now built up to a little conversation involving greetings and saying how we are feeling and are now ready to act it out using some puppets. The next step is to make some lovely finger puppets of, guess what, woodland creatures. Here is a website I found with the templates for 3 different Marionnettes de doigts.

We have learnt some classroom commands (levez-vous, asseyez-vous) so I am planning to build on those with some further commands for the instructions to make the puppets (découpez, coloriez, collez). It will also be an opportunity to introduce a few colours.
I shall post again as we progress with our autumnal activities.
For more ideas on this theme see Janet Lloyd's fantastic blog - Primary Language Learning Today.
﻿
Posted by PrinceLanguages at 14:05 No comments: